Back to all submissions

Making the world a safer place!

One of our hackers' (Shivam) sisters recently moved out of the house to live in the immense city of San Francisco. To help keep her safe, his parents bought her pepper spray to protect herself from any adverse situations.

But that wasn't enough for Shivam.

Pepper spray will disable the assailant for 10-15 minutes, but after that he or she is free to go and attack someone else. How abominable! It's because of this inefficiency 98% of attackers aren't caught. 98%!

To combat this issue, we've developed a bluetooth sensor system that is triggered when a pepper spray is fired. The victim's smartphone receives the panic signal and immediately sends out a text message to the police with his or her name. Subsequently, the police can use their triangulation software to track the person's location. A second text message will also be sent with GPS coordinates to the police (getting GPS location can take time, so that's why an initial warning text is sent)

Text messages will also be sent out to two close contacts to let them know to check up on the person if he or she does not contact them letting them know he or she is ok.

Users can also send panic signals directly from their smartphone without using pepper spray; this is to inform friends to check up on them in a set time interval as well.

All of our panic locations are stored in our database using parse. Then, on our website, users can view a composite map of all past panic signals, so they know which places to avoid. We've implemented this using a Google Maps API, so users can search panics nearby, say a movie theater or restaurant that they plan on going to.

Anyone can use the GPSme app, and they can give gender and age information to inform others on the network what types of attacks occur in different areas. 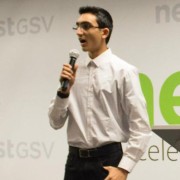 Comments for this submission are closed. View the software in HemangJangle's portfolio to continue the conversation.